Blockchain Technology: What you need to know for your small business 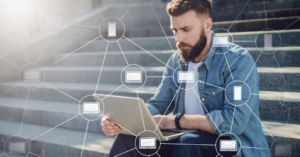 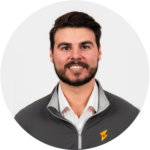 Microsoft Dynamics 365 | Simplify your IT footprint and make decisions faster.

First used as the core technology behind Bitcoin, blockchain has since evolved to become a crucial resource for a wide range of industries. Despite being a relatively new solution, the blockchain market has already reached a yearly spending rate of $6.6 billion. So, what’s the big deal?

Well, to better understand how it works and how your business can use it to advance its own efforts, let’s review some blockchain basics.

What is blockchain technology?

In its simplest form, blockchain technology is a secure way to store data online.

Blockchain is an example of distributed ledger technology (DLT), which is used to securely store information across multiple parties’ computers in what’s called a distributed ledger (or “blockchain”). By storing data differently than traditional databases, blockchain makes it easier to verify that each record has not been tampered with since its last update.

If you’re the owner of a small- or mid-sized business and want to expand your reach, blockchain can help in a few key areas:

Blockchain Technonolgy can also be used in manufacturing.

Conversations about blockchain technology primarily focus on its integrations with cryptocurrency, but did you know that blockchain can also be used in manufacturing?

As the solution’s influence on the sector grows, we can pinpoint a few areas where blockchain is providing improvements. For instance, it can be used to track and verify the origin of goods more efficiently throughout the manufacturing process. This includes tracking materials, parts, and components as they move throughout the supply chain.

Access to this information ensures that all materials stay within their intended parameters during production and arrive at their destination intact and ready for assembly. It also allows business owners to see whether any issues occurred at certain points along their journey — and make fixes where necessary.

Overall, blockchain technology is a great way for small, growing businesses to increase their output without necessarily needing to spend more money. From tracking sales to enhancing the manufacturing process, there is no shortage of use cases companies can take advantage of. If you are interested in learning more about tools that can help your business grow, reach out to a member of our team below.